Book Review - To Kill a Mockingbird by Harper Lee

With Harper Lee’s second novel, Go Set a Watchman, due for release later this year, it seemed a perfect opportunity to revisit her original 1962 Pulitzer Prize winner. 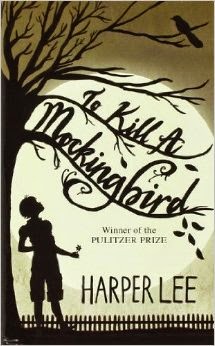 Scout Finch lives in Depression struck Maycomb, Alabama, with her widowed father, Atticus, older brother, Jem, and house keeper, Calpurnia. Their childhood ventures during the summer are accompanied by Dill, a neighbour’s nephew. The talk of the town one year is Atticus defending Tom Robinson, a black man accused of raping a white woman. But the children have their own dilemma surrounding Boo Radley, the boogieman of the neighbourhood.
Lee creates the intimacy of a small town through a toy box of tales, collecting spook stories, folk tales, tall tales, and neighbourhood gossip.  But these are not simply exaggerated, occasionally humourous, fictions sung by residents about their fellow citizens. Stories in Maycomb have the ability to console or destroy, to commend or condemn.
Many appraisals of the novel focus on the depiction of race relations, with Tom Robinson becoming the titular mockingbird. But he is one of many in the story. Even his accuser, Mayella Ewell, tries desperately to sing, only to be chocked by her father’s brutal bawl. But the central mockingbird of the tale is Boo Radley, the gentle, generous soul, nested in his house, offering occasional whispered melodies.
To Kill a Mockingbird is both an ode to and living proof of the power of stories to change lives.
Andreas
Posted by Camden Council Library Service at Friday, February 20, 2015