Coverdale's novel is a classic historical romance set in India. As the blurb on the back says:

Sara Archer's future as the dutiful wife of a British official in India seems assured, until a chance meeting with the gorgeous and powerful Ravi Sabran changes everything. Under the heat of the Indian sun, the veneer of polite society wears off quickly and soon Sara realises that nothing is as it appears to be, especially her husband Charles. But in the beautiful jasmine gardens of the Maharajah's palace, Sara follows a forbidden path away from her bullying husband, towards Ravi and the long-buried secrets of her own birth.

Romance novels tend to follow very defined patterns, as does any genre, and this book was no exception to that. You may not be surprised by much in this romantic story, but you might enjoy some of the characters.

Sara, for example, is 'ahead of her time' for the historical setting; being influenced by the beginnings of the Suffragette movement and feeling more at home around the Indian population than the stuffy, bigoted English. This may or may not bother you, depending on whether you think it is realistic or not for Sara to be so open-minded during this period.

Whilst this novel is not historic in terms of specific dates or even possibly specific events that may have occurred during the time; the descriptions and colours of the environment are very strong. As Coverdale comes from an Art Director and Scenic Artistry background, this makes sense.

The pace is slow. So, if you like romance and action to move quickly, this may not be the read for you. However, it shows a lot of restraint of characters trying to understand emotions, duties and responsibilities and how to balance these two things together. That might be of interest to you. It is more about characters understanding themselves than an epic romance.

'Hangman' is a thriller where Timothy 'Tim' Blake looks for a kidnapped adolescent. One of the twists is that as a consultant to the FBI; whilst he is a genius, he is also a dangerous criminal that shouldn't be trusted. But, if need be, you call the genius in to solve the hardest puzzles and cases there are. And to the protagonist, this one turns out to be one he can't solve so easily.

As a protagonist; you may not like Tim Blake. Or maybe he will grow on you. He is an anti-hero. But he is engaging and a fresh perspective on a genre you may have read a lot of. The background, education, life and choices of the character are also interesting and add more depth to Blake. I think it is helped that the setting for the novel is Texas somehow; like all the bad things anybody has ever mentioned about Texas has been included, and so the characters seem to fit into their setting. Of course, this could make it more unrealistic and believable to other readers. The choice is yours.

The pace is quick and easy; you will finish it quickly. It is a darker novel, with a lot of gritty elements; so it might not be for you if you prefer a lighter crime or thriller fiction novel. Heath is also an Australian author; if this matters to you, but may also then turn you off reading it if you think he can't possibly hold the setting truly.

From the acknowledgements, Heath seems to have done some serious research to make the novel, and especially the characters, believable. Give it a go and see if you like it.

And then you can read the rest we have in the series:

Hideout  (this book is not out yet; but you can reserve it)

Heath in the Library:
Shockave
(a Junior Fiction choose-your-own adventure story)
Cut out
(a Young Adult novel - part of a series)
Read-a-likes in the Library:
Silent wife
Karin Slaughter
In this novel, a lot of the themes are the same in terms of death row and kidnapping. The genre is also the same, as well as the level of violence.
Dexter: an omnibus
Jeffry P. Lindsay
Whilst the characters are different in background; the way they work to stop crime and the level of violence is similar. However; Dexter, as a character, is probably not as flawed.
Hannibal rising
Thomas Harris
The characters are similarly twisted and dark within this novel and Heath's.
Posted by Camden Council Library Service at Wednesday, January 13, 2021 No comments:

You can find this book here. The book was originally titled De hemlösa katterna i Homs as it was written in Stockholm. The English translation read by me was made by Agnes Broomé.

This book is in the Library's general fiction section; however, it contains some biographical events of 'Sami' (not their real name for safety reasons) during the Syrian Civil War that began in 2011 and is at this point still ongoing; though it could possibly be classified as an escalated war that is more than just within Syria.

If you would like fact-based progression of the war, Britannica has created a timeline for viewing here.

Don't get me wrong, there are facts within this book that relate to the timeline and progressions of history. However; this book focusses on the experiences, relationships and life during this time of the protagonist Sami. When Syria goes to war with itself, normal is no longer what Sami remembers or lives through (particularly regarding to the reader if they have not lived through Civil War). Whilst there are horrors and devastation in Sami's life, the novel does focus on the concepts of hope and home with Sami. These themes are interwoven throughout the text and really help shape the reader's understanding of the concepts, as well as war and trying to live with it.

Let's face it, when the blurb on the back claims:

Tender, wild and unbearably raw, it is a novel which will stay with you for ever

The protagonist is well rounded, the descriptions are full. You feel part of the scene, even if you are rather distanced by possibly not having the knowledge or understanding of this kind of experience. There is a lot of emotion in this book; and if you are not comfortable with some things that happen during wartime, this may be a little too detailed for you, as again, some descriptions are rather vivid (for example, what changes occur through vitamin deficiencies).

This means that it adds depth and heartbreak to events readers may only know through the distance of media. The writing is detailed and full and shows the effects of war on individuals trying to escape it, and those who remain.

At the end of the novel, you also receive extra information, notes and photographs from 'Sami' and used within the novel that helps understand why Sami told his story and why Eva (not her real name) wrote it.

This book is a powerful read.

The books in this list found within our Library may have different focusses, characters, and writing styles. However; their themes are similar if you would like more perspectives and information on the Syrian Civil War.

We crossed a bridge and it trembled

Christmas is a time for family, friends and togetherness. Sometimes (though not necessarily here in Australia) it is about snow, fireplaces, love and ... unicorns.

people who enjoy Christmas, get excited over the season, or want ideas for the holidays can prepare with resources from the library! There are all kinds of books that can be borrowed to show and share that holiday cheer and spirit that comes around every December 25. 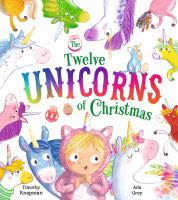 Timothy Knapman's and Ada Grey's picture book is the magical unicorn version of the Twelve Days of Christmas. There is counting, humour and Christmas wishes everywhere! 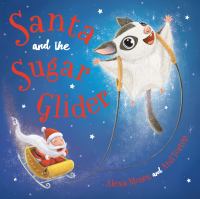 This is an interesting Aussie tale (or should I say tail) about a sugar glider competing against other bush animals to help pull a sleigh. Alexa Moses and Anil Tortop write a book filled with Christmas magic; that centres around Australian animals. The best of both worlds for Christmas!

"For as long as Christmas has been celebrated, poets and writers have sought to explore every aspect of it, whether the story of the nativity, gatherings with family and friends, or the festive traditions that have grown over the centuries. And such works have forever changed the way we think about the holiday. A Literary Christmas is a seasonal anthology collecting poems, short stories and prose extracts by some of the greatest poets and writers in the English language. Like Charles Dickens's Ghosts of Christmas past and present, these texts represent times old and new ..." cover insert.

Compiled by the British Library; it contains many of the best classic Christmas moments from English poetry and literature. The cover just screams English Christmas too, doesn't it?

This book has two short stories in it by Debbie Macomber: Christmas wishes and Rainy Day Kisses (though the second is possibly far less Christmassy than the first). Full of romance and light-heartedness, these stories may just make you feel all warm all over as love stories around Christmas create joy, longing and a special kind of romance for the season.

And, seemingly Macomber loves Christmas just as much as others! She has written multiple romance fiction novels around Christmas, if you would like to have a peek here.

The resource can be found here. It is "Good grammar for students" by Howard Jackson.

The semicolon is a stronger pause than the comma in a sentence. It is used mostly to separate clauses (smaller sentences) that are not as related to each other as they would be if you used a comma. The example in Howard's (2005) book is:

(p. 118)
While the paragraph is technically about the same topic, the two clauses are not as connected as they change from having a human subject to an environmental one. Also, be aware that if you have a semicolon there, a joining word (or conjunction) like "and" will not (the semicolon replaces it).
Semicolons can also be used to separate lists. For example, if the list is rather detailed (almost like sentences themselves); then a semicolon can be used:
We visited Thailand and Singapore in spring; Germany, France, and Italy in summer; and Argentina in autumn.
You can also use semicolons for words that join two clauses together. These particular words are called conjunctive adverbs and include: moreover, nevertheless, however, otherwise, therefore, then, finally, likewise, and consequently:
The shop was open Monday; however, every day after that it was closed for refurbishment.
Colons ( : )

Colons also separate sentences; however, it might not be a whole sentence, but just one word! It is all about the impact when it comes to a colon to make a strong point. For example:

We have two options: stay and fight, or run like wild horses.

The research is conclusive: climate change is a reality.

And then I had a single thought: stop!

Colons can also introduce lists or quotes (which are important for assignments so you do not plagiarise).

And that are two more punctuation marks! They can be tricky if you are not used to them; but, they can be fun for writing with more impact. They also make the sentences stronger when you read them. They are also good for faces:

1. Sentinel by Lee Child and Andrew Child
2. Marauder by Clive Cussler
3. All our shimmering skies by Trent Dalton
4. White fragility by Tara Robin J DiAngelo
5. Trust by Chris Hammer
6. Institute by Stephen King
7. Too much lip by Melissa Lucashenko
8. Missing William Tyrrell by Caroline Overington
9. There was still love by Favel Parrett
10. Weekend by Charlotte Wood