This book is sumptuous and breath-taking! This is food art! hopefully there are people in our library community who will invest the time to make some of the creations in this book - for me - I am content to just look and marvel at what can be achieved. Butterflies, cherubs, white chocolate cigarillos, flowers and spots - who would have thought they could be so magical. For an elegant and sophisticated cake try the American Retro or Venetian Carnival....or lose your heart to Lavender Fields or Cherry Envelope. Extensive step-by-step instructions with pictures show how to make the cakes, icings, edible garnishes and how to construct your very own Glamour Cake.
Wendy
Posted by Camden Council Library Service at Thursday, April 30, 2009 No comments:

Teatime for the Traditionally Built 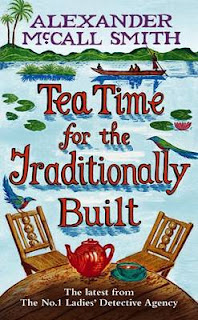 All Alexander McCall Smith fans of the No 1 Ladies Detective Agency series can relax with a cup of bush tea and a large slice of cake. The latest - the 10th in the series - does not disappoint. Mma Ramotse looks into the local soccer team to find out why they are losing with some help from her adopted son, Pusa. Meanwhile, her assistant, Grace Makutsi, has to see off an inferior graduate from Secretarial school who is trying to steal her fiancee. It's a pleasant read with gentle humour and a reinforcement of traditional values.
Enjoy!!!!!
Wendy
Posted by Camden Council Library Service at Wednesday, April 29, 2009 No comments:

A terrific read from Michael Koryta.
You might be interested in these other blogs' views of this work.
http://americareads.blogspot.com/2008/08/pg-69-michael-korytas-envy-night.html
http://page69test.blogspot.com/2008/08/envy-night.html
How does a son cope with his inheritance when his father was a successful FBI agent turned serial killer and he trained his son to be quicker and more deadly then his enemies?
Taut and with the obigatory plot twists, this kept my interest although I did feel a bit water-logged by the end.
Wendy
Posted by Camden Council Library Service at Wednesday, April 29, 2009 No comments:

The Wisdom of Birds

Subtitled "An Illustrated History of Ornithology", this is a detailed book full of surprising knowledge. Starting with Aristotle, through the ages, men (mostly men) have studied and written about bird biology and behaviour. In the early days of modern academic study, the scientific men were dismissive of the vast store of knowledge built up by amateur bird watchers and bird keepers but as time went by, this knowledge was synthesised and led to much greater understanding. I found the historical insights of most interest.
Why was an egg-laying cockerel burnt at the stake?
Which of Mozart's compositions was based on the song of his pet starling?
How was the role of bird song and plumage display interpreted over the years?
How did they eventually discover that some birds migrated and didn't actually spend the winter hibernating at the bottom of frozen ponds?
All wrapped up with a discussion on how scientific thought and process generally developed and affected the study of birds especially the great legacy of Charles Darwin - Natural Selection.
You can learn a lot (even if , as I did, you skip some of the more technical explanations) and also enjoy the reproductions of illustrations from famous historical bird texts.
Wendy
Posted by Camden Council Library Service at Saturday, April 25, 2009 1 comment:

If I can stop one heart from breaking,
I shall not live in vain;
If I can ease one life the aching,
Or cool one pain,
Or help one fainting robin
Unto his nest again,
I shall not live in vain.
I'd often read references to Emily Dickinson's poetry, generally in novels where young American women studied her in college, without ever having read her directly. This is an introduction to her for young people - or for anyone who wants to enter a simpler (and better?) world.
Wendy
Posted by Camden Council Library Service at Friday, April 10, 2009 No comments: 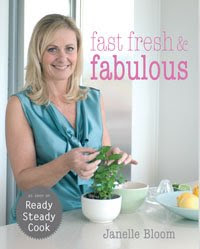 A terrific cook book from Janelle Bloom of Ready Steady Cook fame. She covers entrees, mains, desserts, drinks, cakes and sweets and some basics for all occasions. As well as fabulous full recipes, she has quick tips eg Apple and Mint Sauce - peel and dice golden delicious apples, microwave on high until tender. Add spoonfuls of mint jelly and process until smooth adding sugar to taste. Serve with pork schnitzel. I can't wait to try her favourite mud cake or her potato and sweet onion frittata. Meats, seafood, vegetarian dishes - something to tempt every tastebud!
Wendy
Posted by Camden Council Library Service at Friday, April 10, 2009 No comments:

A man who is 'slow' is left orphaned and then wins the lottery. his Grandmother has taught him who to trust but how will he survive his conniving and greedy relatives and the new fame his fortune brings him. A gentle and engaging tale of how true friends and a sense of what is truly important in life can bring you joy.
Wendy
Posted by Camden Council Library Service at Tuesday, April 07, 2009 No comments:

Alex, a marketing executive is about to launch a new product line and needs all her attention at work, so she seeks help to manage her domestic life and look after her convalescent and demanding mother. The person she hires turns out to be not quite what she expects. A romance is in the offing but there are several obstacles to be dealt with before the requisite happy ending. Light and undemanding - perfect for your spare hour or two.
Wendy
Posted by Camden Council Library Service at Tuesday, April 07, 2009 No comments: