The late Christopher Hitchens was a divisive voice in American and international politics and culture. He came to international prominence with God is Not Great: How Religion Poisons Everything, which, if the title doesn’t ring a bell or make entirely clear, takes a severely critical view of religion, although his firebrand polemics covered a much broader array of topics. He was, for example, one of the few left-wing supporters of Bush and Blair’s War on Terror. Arguably collects this variety of Hitchens’ works. 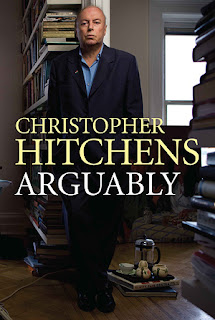 What distinguishes Hitchens is not his clear prose or his extensive knowledge, although these are striking features of his writing, but his passion. Every topic, book, action, person, and event are examined and spoken of with unrelenting clarity of view and purpose. You very quickly learn his angle on the topic and most importantly the reasons behind those views. This is Hitchens’ strength, and why even those opposed to his views maintained a fascination with his output. He takes even the most assumed common sense, the most assured convictions, and questions them relentlessly. There are definitely blind spots, and Hitchens abounds in many seeming contradictions, and, arguably, many of his opinions are not as revelatory or original as his most ardent supports may claim.

Arguably will not be to everyone’s taste and will leave many people bemused, annoyed, and angered. But I would argue that is exactly the reason why everyone, at least everyone convinced of the strength of their own convictions, should read it.