Like a book hidden away in the shelves, Borges is more legend than reading; mentions of his name or work receives either vague recollections or an outright “huh?” This is in part due to his output being short stories in an era when the form is viewed as the lessor of creative fiction (ironic in a time of microwavable meals, sound bite news, and Twitter posts), but another is Borges’ unique approach to the form, fully accepting that its strength is its inherent formlessness. 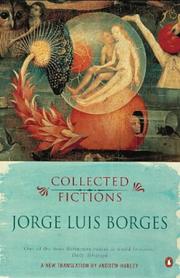 He worked with standard literary styles, like the detective story or the fantasy tale, but infused these with unusual modes, never undermining, but always expanding beyond the surface. Take for example his version of the fantasy story in “Tlön, Uqbar, Orbis Tertius”, where the fantasy world is not some far off place, but a spectre lurking in odd volumes that slowly usurps the narrator’s reality. Or his famous “The Garden of Forking Paths”, an espionage tale mixed in with a novel where all possible realities exist and intertwine. In yet another (“Three Versions of Judas”) Borges provides a scholarly article about a fictional theologian, Nils Runeberg and his controversial idea of Judas as God’s incarnation in the world, made totally man “to the point of iniquity”, his sacrifice being an eternity of infamy.

Each of these tales, with their mixing of reality and literature, the mundane and the obscure, reveals why Borges’ Collected Fictions is an assortment of perfectly formed imaginings from the master of the formless infinity of literature.