Book Review—The Old Man and the Sea by Ernest Hemingway

′Ay,′ he said aloud. There is no translation for this word and perhaps it is just a noise such as a man might make, involuntarily, feeling the nail go through his hands and into the wood.

Santiago is an unfortunate Cuban fisherman who has not caught any fish for eighty-four days, while his fellow fishermen gain sizable catches. He has been deemed “salao”, the worst kind of unluckiness. But on the eighty- fifth day he believes his fortune will change by sailing his skiff far into the gulfstream. His instinct pays off and so begins a three day struggle with a giant marlin. 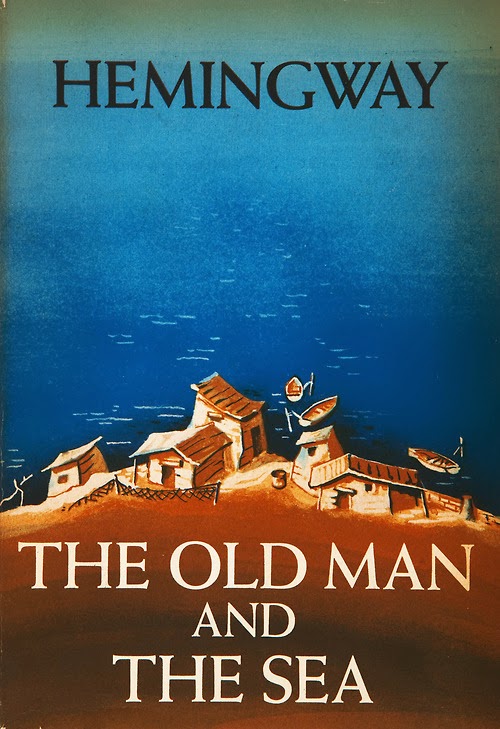 The text contains many biblical illusions, conjuring images of feuding brothers, dreams of lions, and numerous references to the crucifixion.  It is also one of Hemingway’s most unique novels, relying more heavily on allegory than the realism that characterises his works, although the work is inspired by real life events. It does feature Hemingway’s influential and trademark restrained prose, the simplicity of which is the strength of the novel combined with the Christian imagery.

The novel brought Hemingway back into the literary limelight and was specifically mentioned by the Nobel committee when awarding him the prize. This is fitting, as in many ways the work is a swan song. His last major work, it was preceded by a few poorly received novels, leaving many to think the old master was unable to produce a noteworthy tale as in his earlier years. But with The Old Man and the Sea Hemingway asserts his abilities, luring readers and fixing them with his many literary tricks and techniques, producing a simple but powerful tale.
Andreas

Posted by Camden Council Library Service at Friday, May 01, 2015