John William’s third novel, Stoner (originally published in 1965), was heralded as a ‘must read’ of 2013. Now, his earlier work, Butcher’s Crossing (1960), is receiving similar treatment, with invocations of Herman Melville as influence and Cormac McCarthy as successor. 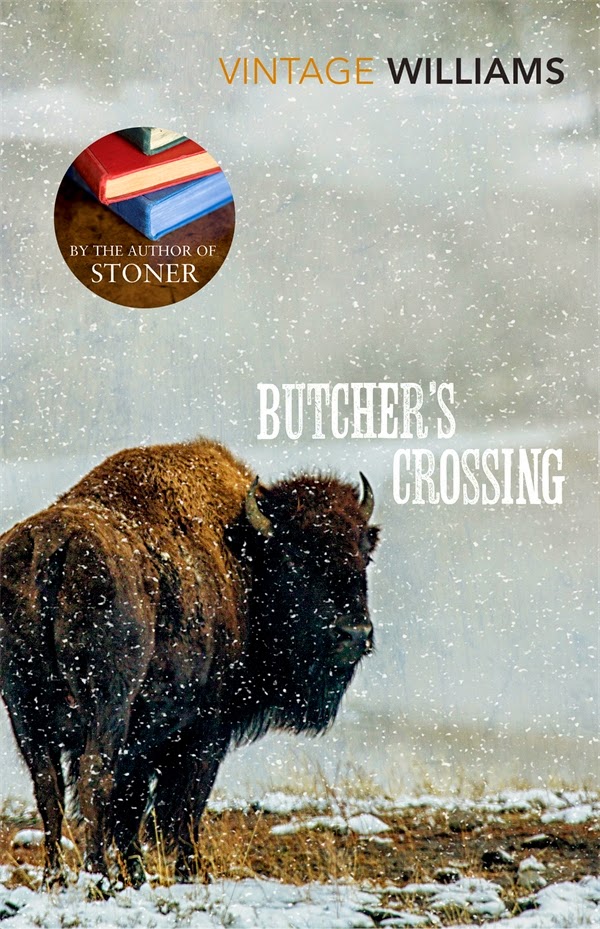 Bostonian Will Andrews travels to Western frontier country, to Butcher’s Crossing, a town, or rather inhabited road, filled with rumoured prosperity and dwindling reality. The economy is based on buffalo hide and the train is said to be coming through. But times are tough, with the buffalo population on its last whispers. Andrews convinces, or is convinced by, Miller, a seasoned hunter, to partake in a tall-tale expedition to a hidden, untouched valley with several thousand head of buffalo. Although promising to be lucrative, for Andrews this is not about money but experience. It is the grand adventure that entices Andrews.

As the expedition continues aggression exacerbates into fatigue, with the negotiations between hatred and dependence, the wild and the controlled, nature and man, becoming the staples of life. The promise of the grand adventure dwindles into the frivolity of reality. Certainly a must read of 2014.
Andreas.