Film Review - Just go with it By Director Dennis Dugan

Starring Adam Sandler and Jennifer Aniston this romantic comedy is full of laughs. To cover up a lie involving a wedding ring pick up line, Danny Maccabee decides to pretend that his assistant Katherine is his soon to be ex-wife to impress the new love of his life.

In Just go with it when the lies get deeper everyone ends up being involved. The kids end up tricking him into taking everyone on a fabulous holiday to Hawaii only for the situation to get more complicated. Filled with laughs, who will Danny end up with? Anne
Posted by Camden Council Library Service at Wednesday, November 30, 2016 No comments:

Travelling through the beautiful wild landscapes of Tasmania there are a number of beautiful historic homes. The homes in this book are privately owned and the author has been granted special permission to access them. 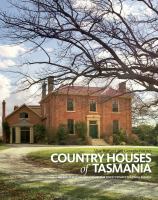 In Country Houses of Tasmania from a thorough history on each house and beautiful full size colour pictures the book is a delight to read. My personal favourites are Douglas Park and Quorn Hall. Anne
Posted by Camden Council Library Service at Friday, November 25, 2016 No comments:

Pete Newman is an exercise, nutrition and wellness coach who has written Eat, Move and Thrive to clarify health and fitness topics and to help you be proactive in obtaining great health.

The book has 5 chapters from Understanding the food industry to creating a culture of health. Filled with great information and guidance, with a strong focus on exercise and creating a healthy lifestyle.
Anne
Posted by Camden Council Library Service at Friday, November 18, 2016 No comments:

This book looks at the lives of ten men who chose to venture into the northern high country of Tasmania from the 1870s to the 1990s. These Mountain Men all contributed to its development of natural tourism and development in their own ways and each has a special story to tell. From hunters, mineral prospectors to horse riders they all had one thing in common, which was a true love for the Tasmanian high country.

I especially enjoyed the biography of Ray Miles the battle scared survivor, the resilience of these men was amazing. Anne
Posted by Camden Council Library Service at Wednesday, November 16, 2016 No comments:

Book Review - The Lady in the Van By Alan Bennett

Based on a true story, The Lady in the Van is about a homeless old lady Miss Sheppard who in 1974 moved her broken down van into Alan Bennett's driveway as a guest.

An eccentric and difficult old women, she stayed there for over 15 years much to the shock of the Bennett's. A funny and uplifting story which has also been made into a movie. Anne
Posted by Camden Council Library Service at Monday, November 14, 2016 No comments:

Book Review - Chicken Soup for the Soul : Create your best future, inspiring stories for teens and young adults and making the right decisions By Amy Newmark and Dr Milton Boniuk

The stories contained in this book in the Chicken Soup for the Soul series celebrate the very best in human spirit and even though it is aimed at teenagers and young adults, it is worth reading for all of us.

The book contains 10 chapters with a number of stories which are based on topics such as :
-Choosing to be your best friend
-Developing self-esteem
-Accepting and asking for help
-Reaching out to others

A very enjoyable read for myself and my tween. Anne
Posted by Camden Council Library Service at Friday, November 11, 2016 No comments:

Marina Passalaris author of this beautiful book has worked as a make-up artist, grooming and department educator in modelling agencies all over the world. 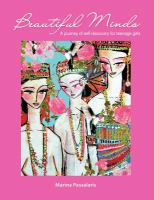 She realised early on that there was more to learning about our outer beauty, girls need to be taught about inner beauty too, that's how this book Beautiful Minds came about.
The book is a tool that young girls of any age and background can read to help enrich their lives.
The book contains 32 short chapters and has a beautiful cover and illustrations throughout. Anne
Posted by Camden Council Library Service at Friday, November 04, 2016 No comments:

This month the Movie Club will be screening Do the Right Thing, written and directed by Spike Lee and starring Lee, Danny Aiello, and John Turturro.

On one of the hottest days in the summer, tensions in a racially mixed neighbourhood in Brooklyn start running high as the temperature rises. Mookie (Lee) works as a pizza delivery man for Sal (Aiello), and Italian-American who has been running the business in the neighbourhood for decades. When Buggin' Out (Giancarlo Esposito) questions Sal for only having Italian-Americans and no African-Americans on his "Wall of Fame" the confrontation that follows becomes the first sign of many culturally run-ins that the day has in store. With personal tensions coming to the fore and the frustrations of clashing cultures stewing, the day comes to an explosive end.


The film has been noted as "a polemically charged portrait of contemporary race relations" and "became a subject of controversy at the same time that critics praised its allusive imagery.” (Monaco, J. How to Read a Film: Art, Technology, Language, History, Theory. Oxford, New York, 2009. p. 410). It features a colourful set design and many tumultuous cultural explorations while being a solidly crafted ensemble piece and saw Lee shift from an independent filmmaker to become one of Hollywood's main iconoclasts.

The film will be screened on Wednesday 9 November at 6pm at Narellan Library, Corner of Queen and Elyard Street, Narellan. Tea, coffee, and biscuits provided, but BYO snacks are more than welcome. Stay after the screening to share your thoughts about the film and join in a discussion about the many though provoking moments in the film.
Posted by Camden Council Library Service at Thursday, November 03, 2016 No comments:

Book Review - The next happy : Let go of the life you planned and find a new way forward By Tracey Cleantis.

" A bold, brave and incredibly relevant book". Lee Woodruff, New York Times Best selling author.
Tracy Cleantis classes herself as the Dr Kevorkian of dreams. Through The Next Happy she helps people work through grief and emotions related to failed dreams.

She covers the stages of grief in detail and supplies some self help points at the end of each chapter, which are very helpful. She takes a different point at looking at failures in life and helps you to refocus on what new opportunities you may have.
A great uplifting book. Anne
Posted by Camden Council Library Service at Wednesday, November 02, 2016 No comments: